I am beyond excited and ready to tell the real untold story of the thousands of children who were sent to the US from Greece during the Cold War. It is the first large-scale international adoption scandal in history.

I couldn’t thank everybody on stage, so here it goes:

Thank you Mary Cardaras for sharing your story, thank you Gonda Van Steen for all your trust and guidance and thank you Sofka Zinovieff for your endless support. Thank you Vaggelis Makris for endless hours of professional commitment and for being so creative. Thank you Stathis Katopodis and Konstantina Kappou for the cover and support in every part of the process. Thank you Lefteris Charitos. You are the best partner and the best adviser I could ever have all these years. 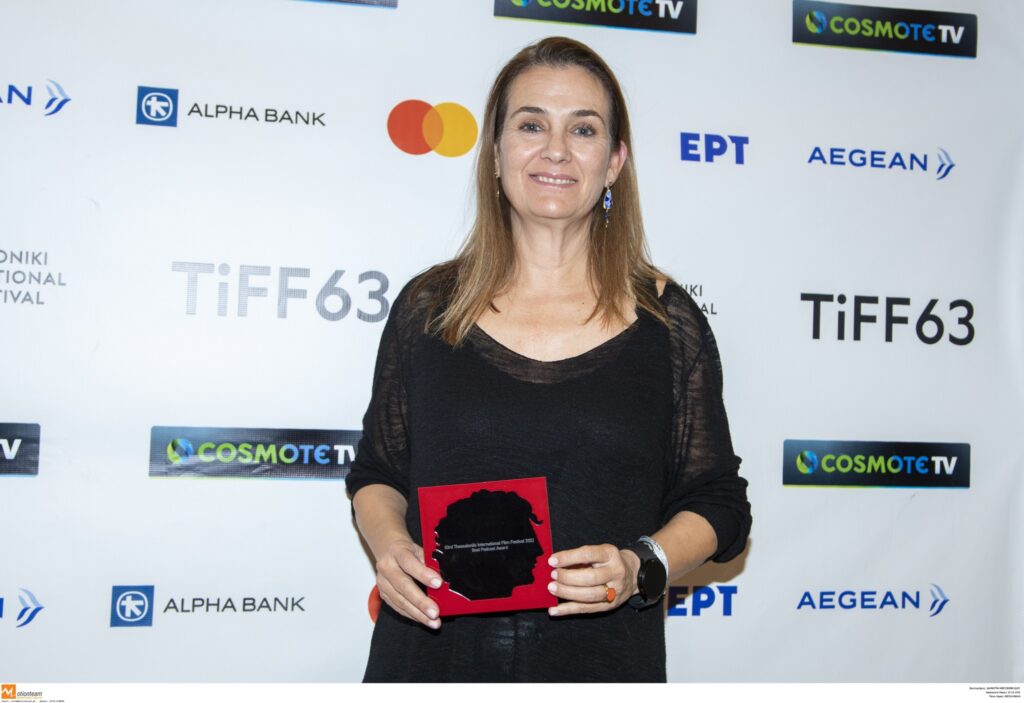 About Born Greek: Between 1950 and 1970 Greece allowed for the exportation of thousands of children for adoption to the US. Not everything was done above-board. The system was controlled by a small circle of orphanage directors, local mayors, doctors, lawyers, judges, Greek American community leaders, and even travel agents. Now, these children are searching for the truth. And time is running out. An 8-part series about the first international adoption scandal in history which has been kept a secret for too long.

Listen to the trailer and first episode here.

Cookie Consent
To provide the best experiences, we use technologies like cookies to store and/or access device information. Consenting to these technologies will allow us to process data such as anonymous browsing behavior or unique IDs on this site. Not consenting or withdrawing consent, may adversely affect certain features and functions.
Manage options Manage services Manage vendors Read more about these purposes
Show preferences
{title} {title} {title}