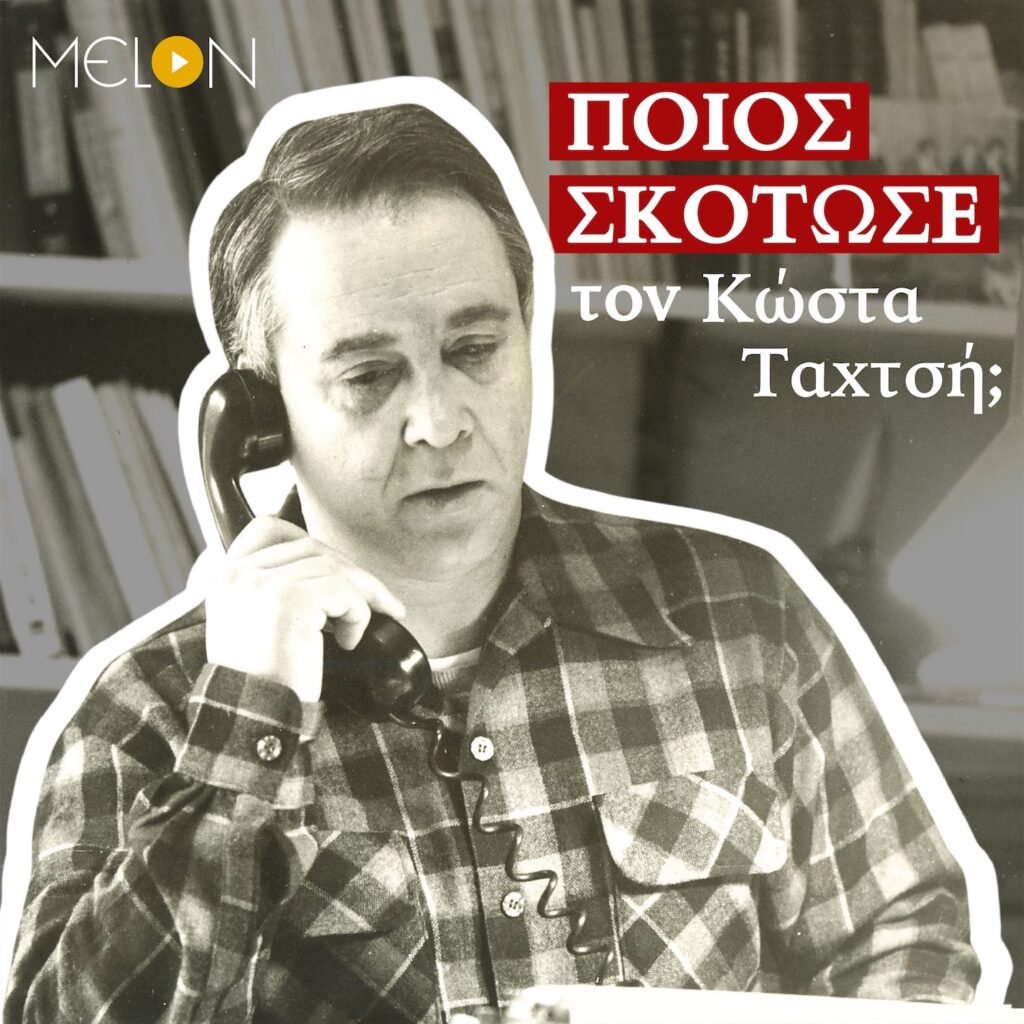 On Saturday, August 27, 1988 writer Costas Taxtsis was found dead inside his home in Kolonos. Anyone could be his killer: a handsome young man who vanished into the night, one of the famous writer’s influential friends, someone who was paid to kill him. Or a common thief.

In a fascinating plot that has all the elements of a classic crime podcast, journalist Katerina Bakogianni talks to all who know anything about the case: the police, veteran reporters, writers, people close to him and his family, sex workers who knew him well.

There are those who open their mouth for the first time in 34 years. Is the key to his murder hidden in the missing pages?

A weekly audio podcast about one of the greatest writers of the 20th century, the role of the Greek authorities and the political and literary establishment, but also about the willingness to embrace other people’s choices in life.

This is a Greek-language podcast.